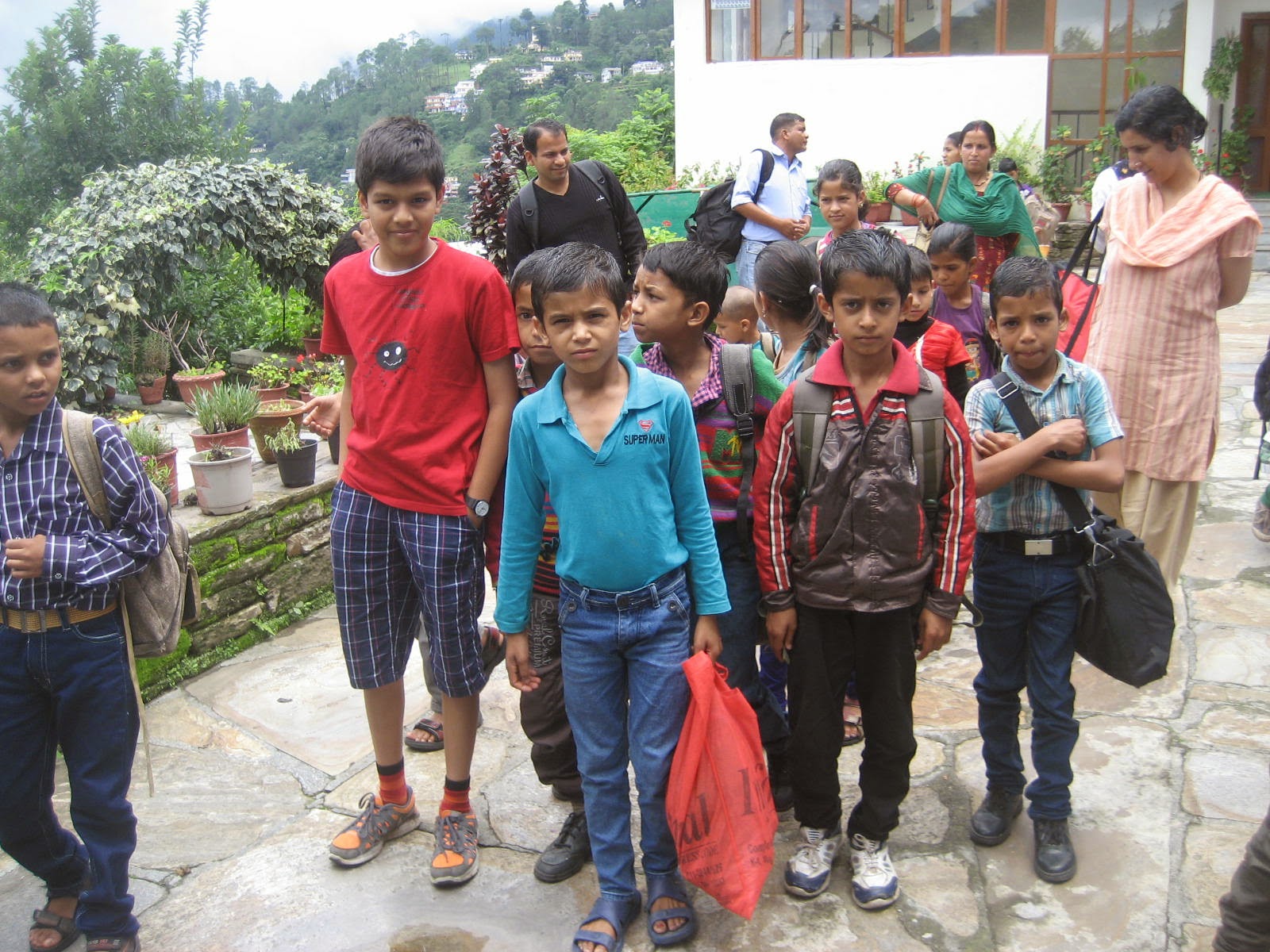 Many of the children at Jeevanshala, the tiny primary school in village Maram in the Himalayas, have never gone beyond the villages in their vicinity. Thus, with a lot of support from well-wishers like Mr Ranjan Joshi, a 3 days field trip to Almora, one of the major towns in the region, was organised by Timeless Lifeskills from 23 to 25 June, 2014.

Twenty children, ranging from 6 to 11 years and three Jeevanshala teachers came to Almora on the field trip. They stayed in dormitory accommodation provided by Uttarakhand Seva Nidhi Paryavaran Shiksha Sansthan (USNPSS) – http://www.ueec.org.in
Atul was accompanied by his soon to be 13 years old son, Manan and 19 years old nephew, Vishrut.

The highlight of the trip was a 6 hours long walking tour of Almora. The children visited the regional post office, broadcasting studio of All India Radio, Kumaon University campus, a Khadi factory and the local museum.

What was pleasantly surprising was how the kids were welcomed everywhere.

In the market, at an impromptu request made by the teachers, a well-respected and erudite bookshop owner gave a 15 minutes talk to the children about Almora, consisting of facts and stories. At the Khadi factory, even though it was lunchtime, some ladies working there demonstrated their machines and answered questions.

Most surprising was the unannounced visit to the All India Radio broadcasting studios. The station in-charge allowed the children in even though we had not taken any prior appointment and organised a tour.

The museum officials were thrilled to have these young visitors and explained many artefacts in great detail, adding anecdotes to make the explanation interesting for this young audience. Even in the market place strangers asked where the kids were from and offered help, guidance and encouragement. Such spirit is hugely lacking in big cities!

Vishrut, who was carrying his guitar, took music lessons and helped the kids understand notes and basics of music composition. Manan demonstrated a popular computer game Mine Craft and helped the young learners get a hands-on feel of the game. The children enjoyed Vishrut’s and Manan’s company and both these boys are keen on volunteering again.

Seva Nidhi officials were pleasantly surprised to see the children clean the assembly hall every morning without anyone asking them to do so, a habit they have cultivated because they clean their classrooms twice every day.

Even though it was a first time without their parents for most kids they coped well, including the 6 year olds. They cracked jokes, told stories, played games, slept late… and had a ball!

Plans are afoot to organise a Camp in Almora in October or November this year where we hope to get resource people from different fields – music, dance, drama, creative writing and film making to volunteer. Idea will be to put together a joint production at the end of the camp. Drop us a line if you would like to pitch in – atul.pant@timelesslifeskills.co.uk